A day in the life of an inpatient 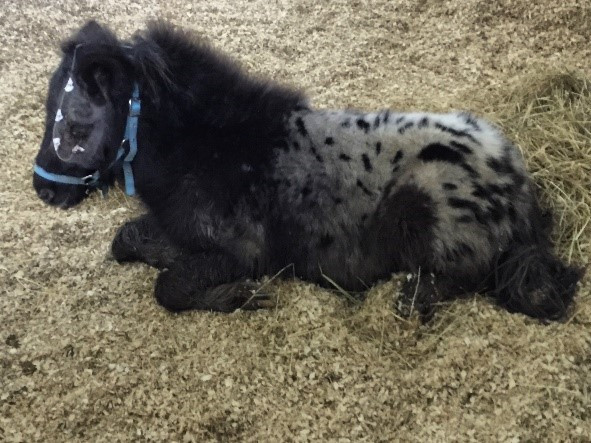 A day in the life of an inpatient

I was going to write this blog about the winter weather, however if like me you’re fed up of all the wind, snow, rain, and mud that we have been faced with in the last couple of months I’m sure you wouldn’t want to sit and read about it too.

Good news though only another month or so until Spring is here!

Throughout all this horrid weather I have had a little friend in the practice to put a smile on my face and keep me busy. His name was Dobby, a miniature Shetland; such a fitting name.

Every morning in the dark I was greeted by a little whinny and these cute little furry ears floating around his stable.

I secretly knew that all he wanted was his breakfast, but inside I pretended that he’d missed me.

Dobby came into the practice with a poorly eye. He was immediately fitted with a levage which allows us to put eye drops into his eye regularly ‘with ease’ – he had other ideas!

To administer the drops, it is a simple procedure of syringing them through a small tube that will eventually reach his eye.

Dobby quite understandably didn’t enjoy being taken away from food for the whole of 2 minutes at a time to receive his drops. These drops were being administered at least 21 times a day to give his eye the best chance of healing. To Dobby 21 times meant to him that he was taken away from his food for a total of 42 minutes in the day. That’s a long time for a little pony whose life revolves around food. However, he soon realised that if he stood still, on all four feet that he would receive a little treat after a set of drops and a little kiss (he gave the best kisses). How could life get any better? Two hard feeds a day, as much hay as little ponies stomach could take and a lovely afternoon walk, taking in the scenery around the estate. We soon had a very obliging client.

Now the walks. When I say I took Dobby for a walk, it was more like Dobby took Kate for a walk. They were his favourite part of the day, this is where his true personality shone through. Every spot of mud in sight Dobby took the opportunity to attempt to roll. Stopping a determined small pony from rolling is easier said than done. Another trick of his was on his favourite muddy hill; from the top all the way down to the bottom he proceeded to buck and bronc, dragging a very unstable Kate with him until eventually planting his feet at the clinics gate refusing to go back into his stable.

The boy had character. 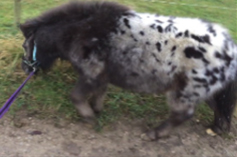 Dobby went home today with a lot healthier eye, to carry on his medication at home. I know myself and all the team at Ridings are keeping our fingers and toes crossed for him and that his eye carries on healing to the best of its ability.