Melanomas - can we do anything to stop them?

Riding Equine Vets / Blog / Melanomas - can we do anything to stop them? 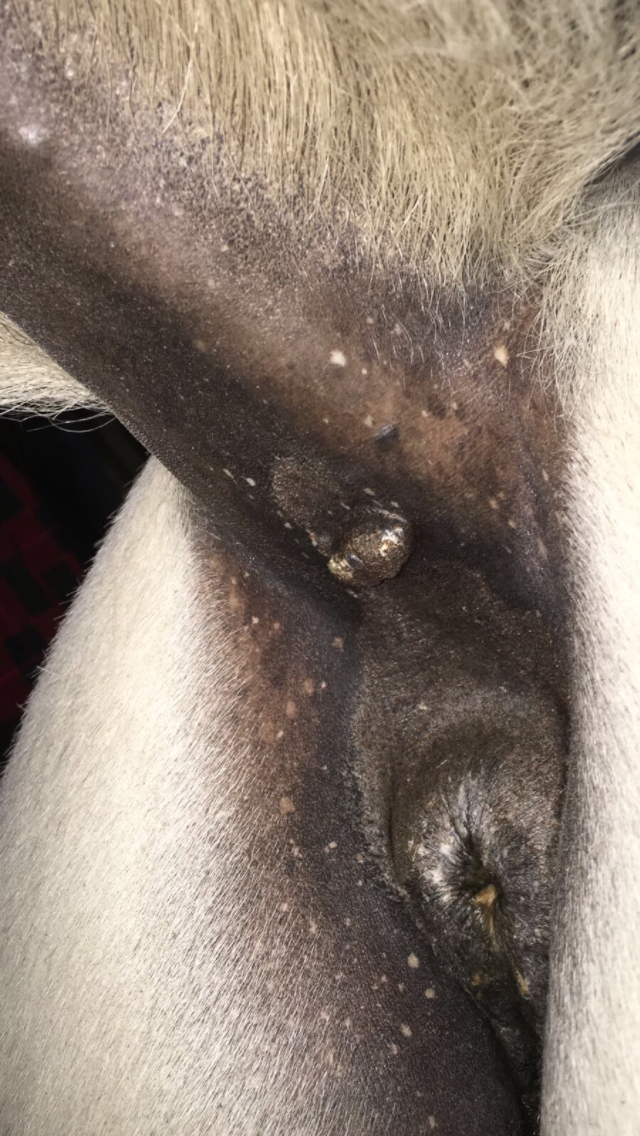 Melanomas - can we do anything to stop them?

As vets, our time is somewhat divided between preventative healthcare, treating a range of medical and orthopaedic problems and firefighting emergencies. Yesterday really was one of those days you might describe as “firefighting”, as I was called to assist the fire brigade to rescue a horse which had got stuck in a gate… However, I wanted to take the opportunity to share some information with you regarding melanomas, as it is a skin condition I believe we should be aiming to manage with as much preventative treatment as possible.

Did you know that melanomas are one of the most common types of skin tumours we see in horses? The only skin tumour we see more commonly is sarcoids, but this blog is going to focus on melanomas, and what we can do about them. If you are interested, please see Jenny’s blog from October 2017 Should you buy a horse with a sarcoid?

Melanomas are present in up to 80% of grey horses over twelve years of age, but they can occur at any age and in non-grey horses as well. They are seen in mares, geldings and stallions alike. Melanomas are generally benign when they first appear. However, up to two-thirds of these tumours can become malignant if left untreated, and it is important to remember that melanomas in non-grey horses are more likely to be malignant from the outset. Malignant melanomas can become locally aggressive and affect local tissues, or can spread via the circulation to local lymph nodes, the spleen, liver or lungs. In some rare cases, melanomas may even spread to major blood vessels, the heart, spinal cord, vertebrae, kidneys, adrenal glands and guttural pouches. 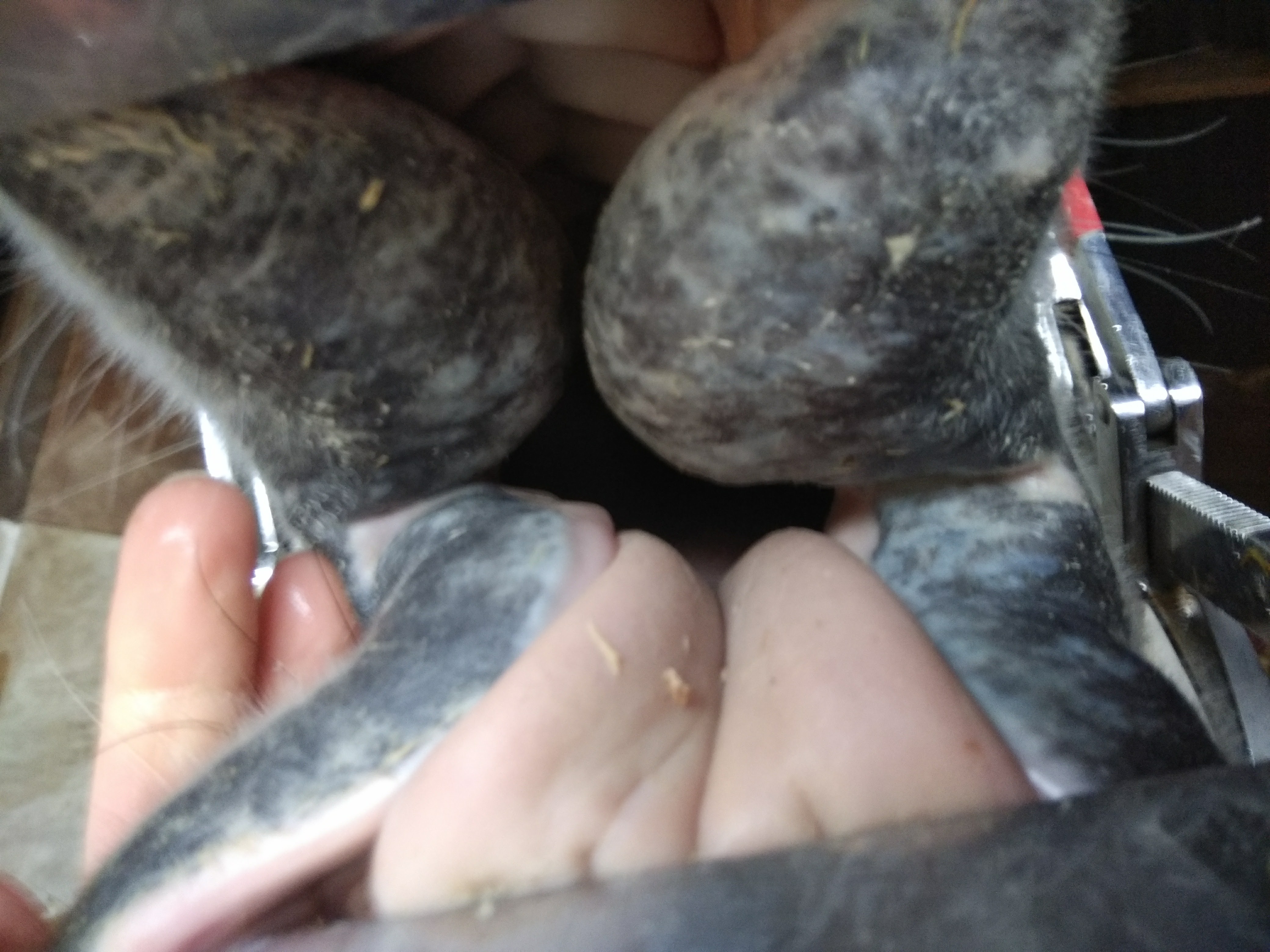 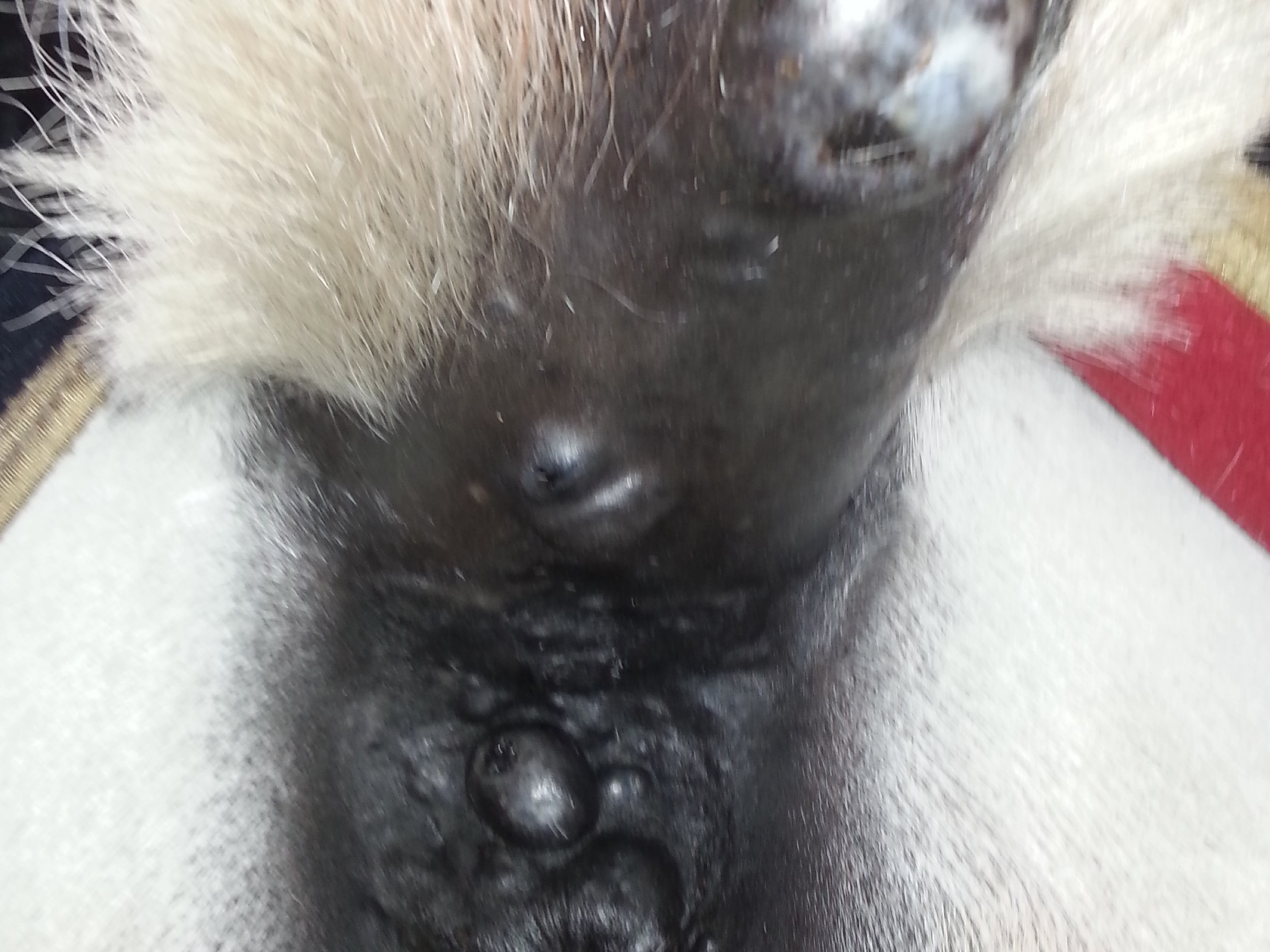 Melanomas are commonly found on the underneath of the dock, around the anus, on the penis and prepuce (i.e. in/around a horse’s sheath), in the parotid region (i.e between the bases of the ear and the line of the jaw), and at the corners of the mouth/lips. They appear as darkly pigmented smooth nodules/lumps, however may form as a mass deep within the tissues and therefore still be covered in hair, for example in the parotid region.

At first, melanomas may not cause any obvious clinical signs if they are small, however depending on their location, they can interfere with tack, i.e. the bit and bridle, and may become ulcerated or infected on the surface as they progress or if they are traumatised. If melanomas grow to a reasonable size, they may also put pressure on important structures which can cause neurological problems. If melanomas have spread to the digestive system, a horse may suffer from weight loss, constipation, impaction of faeces or even colic due to obstruction of the intestinal tract. Ultimately, in some cases melanomas will progress to the point where a horse or pony may need to be put to sleep, and this is what we hope to avoid by early recognition and responsible treatment of these tumours. 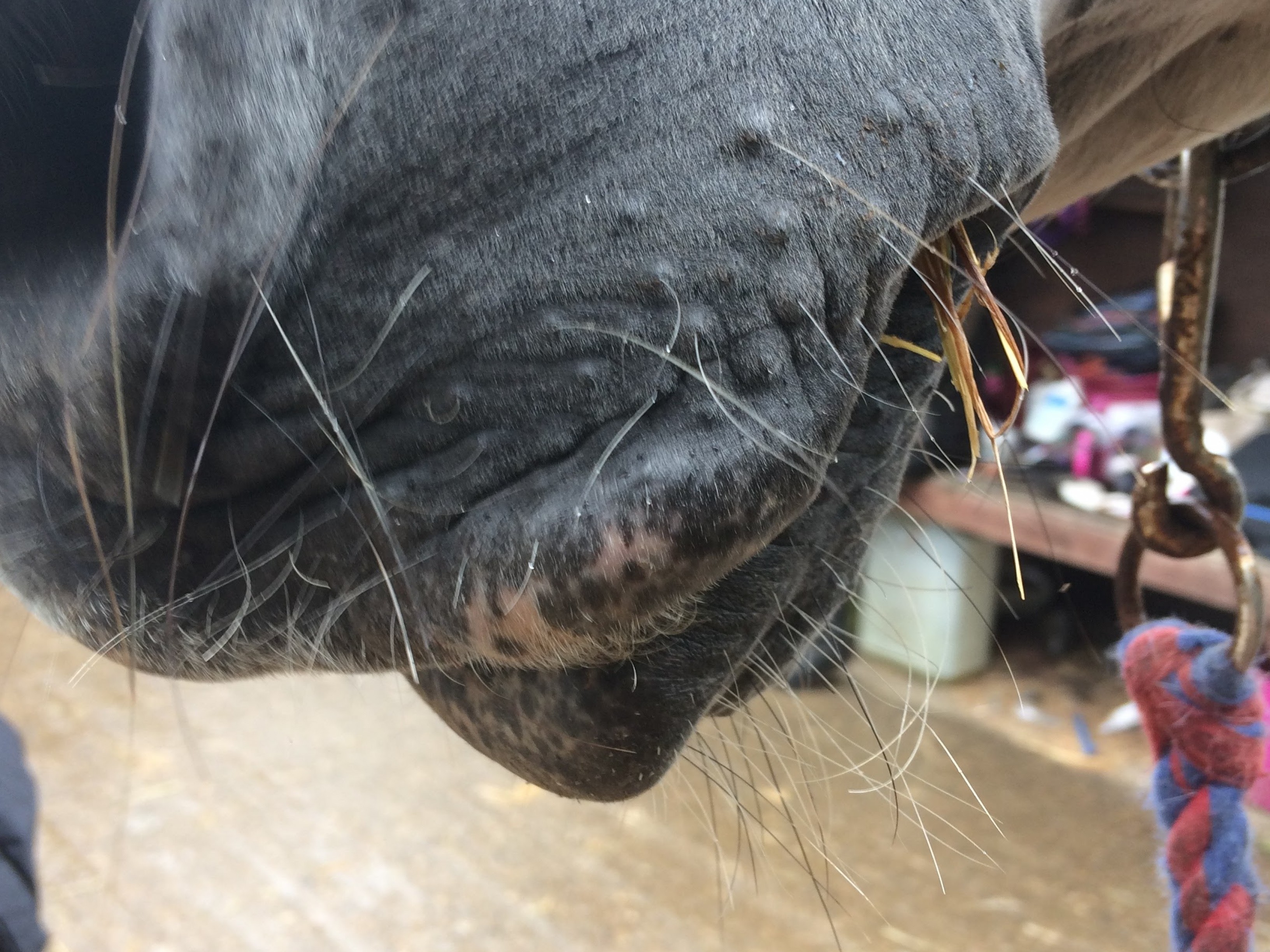 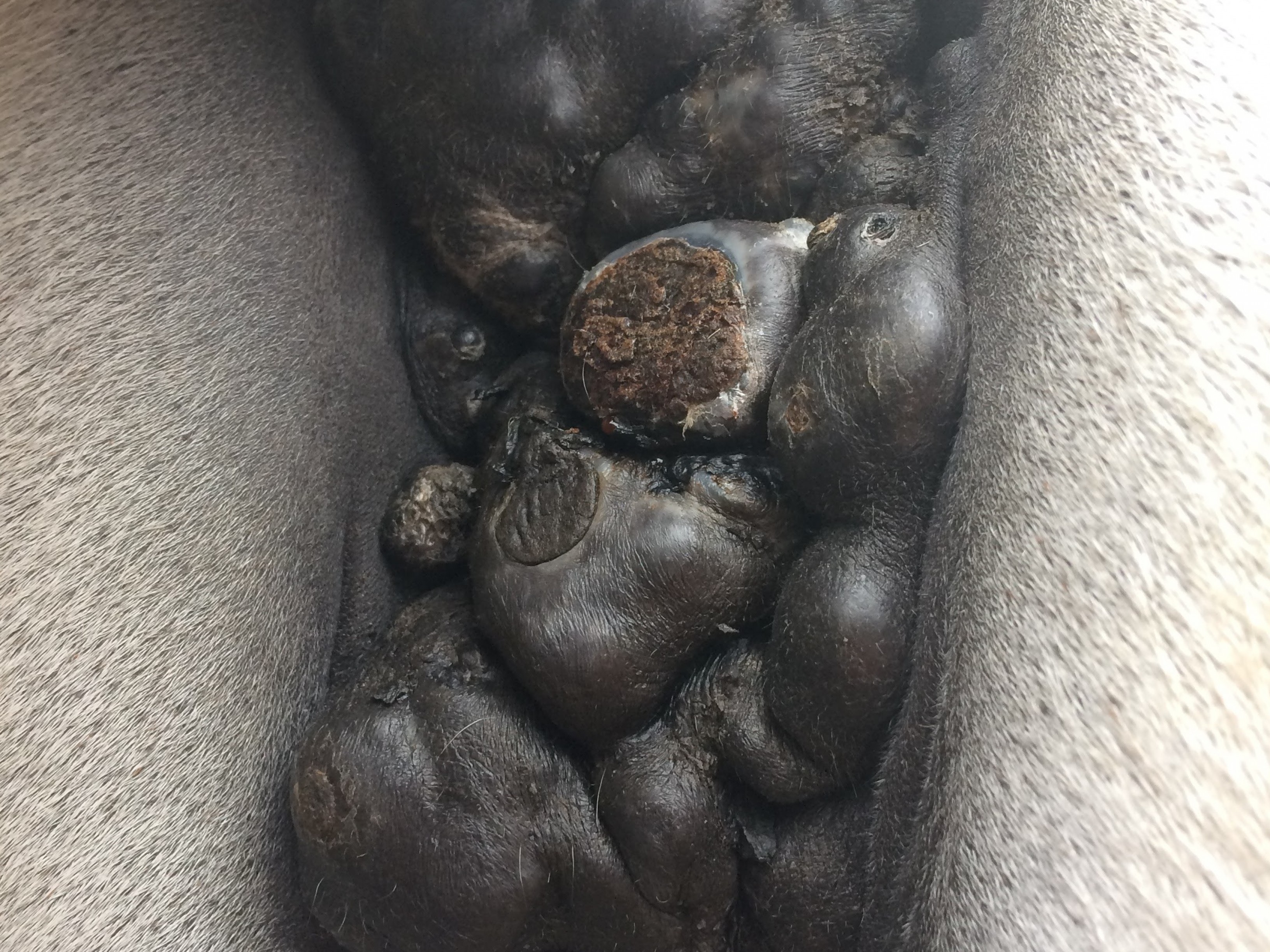 So, what can we do about these melanomas? Generally they are easy to diagnose, usually based on clinical appearance. If there is a question mark over the type of tumour present, a biopsy (small core/piece of tissue) can be taken from the lump under sedation and local anaesthetic to confirm the diagnosis. Even with biopsy results, it is difficult to determine whether a melanoma is benign or malignant, so if possible, it is always better to remove melanomas whilst they are small. In many cases we may advise removing the suspected melanoma in its entirety and sending to the lab to confirm the diagnosis, rather than biopsying first. Further tests may be recommended in advanced cases, including bloods, abdominal ultrasound and an internal (rectal) examination. Removal is best done surgically, either using conventional sharp excision i.e. using a scalpel blade, or preferably using laser surgery to remove the melanoma. The benefit of laser surgery is that it reduces bleeding during the procedure. We can offer laser surgery for removal of melanoma(s) (or removal of other skin masses) at our clinic in Stapleton. In the majority of cases, if the melanomas are in a location from which they can be removed, the surgery is performed with the horse sedated in the stocks, which local anaesthetic or nerve blocks placed. Removal of small melanomas is often curative for the lesions removed, however it is likely that new lesions will form over time. Therefore, horses prone to melanomas will need repeated removal of small lesions as they form. Laser surgery can also be used to “de-bulk” large areas of melanomas, which although is not the preferred option as it indicates the melanomas have been present for some time without treatment, it may be recommended to slow progression of the condition.

Other treatment options include radiation therapy (brachytherapy), injection of chemotherapy drugs into the melanoma(s), or immunotherapy (melanoma vaccination). All of these options are likely to require involvement from a referral centre, but may need to be considered for advanced cases, or when surgical removal is not possible, such as parotid melanomas.

If treated early, in my opinion, gone are the days of “grey horses get melanomas and there is nothing we can do about it”. Please call us today on 07747771182 if you have a horse or pony with melanomas, for veterinary advice regarding the best course of treatment.