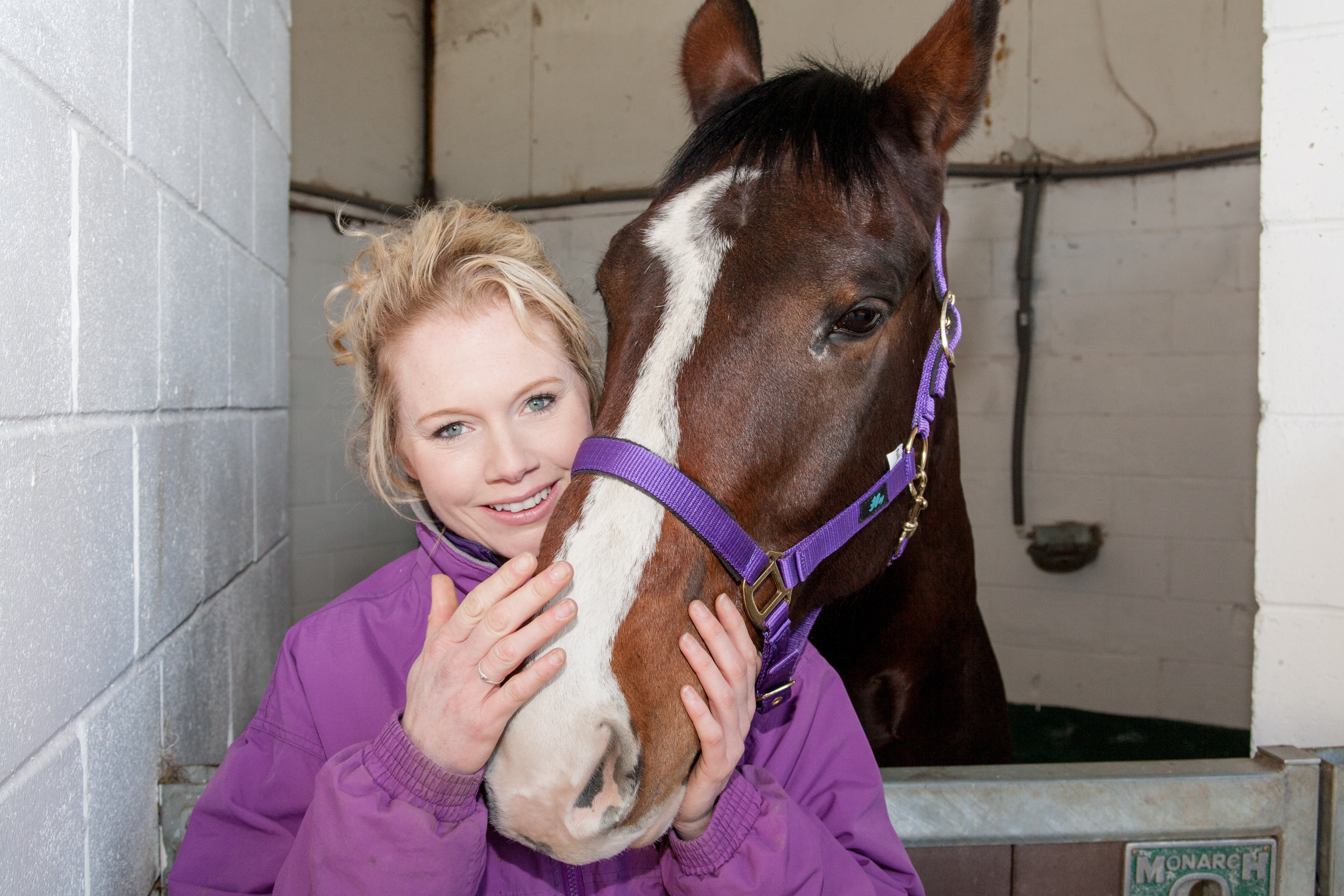 It’s rare that more than a few months go by without hearing about another outbreak of strangles somewhere in the country. The disease is one of the biggest causes of shows and events being cancelled in the UK.

Many yards are wisely starting to think about trying to prevent strangles and one of the ways some are doing this is by requesting that any new liveries have a strangles blood test performed prior to moving to the new yard.

While I think this is a great idea, it has some pitfalls, and can be very confusing for owners. So i’ll try my best to explain what the test is and what the results really mean.

Strangles is a bacterial infection, and like most infections horses will mount an immune response when they are infected. Just like when we get a cold, our body produces antibodies to fight it off, horses produce antibodies to fight off strangles. An antibody is basically a protein in the blood that will target a specific type of bacteria or virus. At anyone time we, and our horses, will have millions of antibodies circulating in our blood ready to fight infection.

In order to have antibodies against the strangles bacteria, a horse must have been infected with the bacteria to prime the immune system. Antibody production takes around two weeks and once produced antibodies to strangles will remain in the blood for up to six months, even after the horse has fully recovered from strangles. Antibodies will also be produced following vaccination for strangles.

The blood test for strangles, called an ELISA test, detects antibodies specific to strangles. Unfortunately we can’t detect the strangles bacteria itself via a blood test.

So when we take a blood sample, we’re looking to see if the horse has had an immune reaction to strangles. If we detect antibodies on the blood test, this can mean one of three things;

Unfortunately without further testing there’s no way of knowing which situation we are dealing with.

It’s also important to note, that while a negative result most likely indicates a strangles free status, if the horse had been infected with strangles in the two weeks prior to testing, then the result may be false.

Here’s my recommendation for a perfect strangles testing protocol prior to moving yards:

Take a blood sample prior to moving yards from a horse that has not been in contact with new horses for the previous 3 weeks (I.e new horses have moved on to the yard or been out competing).

If the test comes back negative, move the horse to the new yard but remain isolated from the new horses for a further two weeks, monitoring for any clinical signs of strangles (and other infectious diseases).

If the test is borderline, you have two options; wait a further two weeks and repeat the blood test. If the antibodies are the same or lower then it is highly unlikely your horse has strangles and you can proceed to move yards, but still have a two week isolation period in the new yard. Or, if you don't want to wait two weeks (plus a few more days to get the lab results) then have a guttural pouch endoscopy (see below).

If the test is positive, then I recommend a guttural pouch endoscopy. This involves passing a camera up into the horses guttural pouches (air filled extensions of the eustachian tubes) and taking a sample directly from both guttural pouches. Horses carry strangles in their guttural pouches so if they are currently infected or carrying the disease then the samples will confirm it. Samples are usually sent for culture and PCR (detecting the DNA of the bacteria) and can take up to 7 days for the results.

If the guttural pouch samples come back negative, then proceed to the new yard.

If the guttural pouch samples come back positive then treatment is required. This usually involves application of antibiotics directly in to the guttural pouches and is highly effective at eliminating strangles. Further testing should be carried out following treatment to confirm treatment has been successful.

Not isolating horses after they move because they had a negative blood test. It is possible a horse could get infected either immediately before the blood test, or afterwards before moving to the new yard. Ive known horses pick up strangles from the transport between yards! Also don’t forget, the blood test only tests for strangles, there are other infectious diseases new horses can bring to the yard. It’s sensible to isolate all new horses for three weeks, although two weeks should suffice in most cases.

Assuming that because a horse isn't showing signs of strangles then it can’t be a carrier. The definition of a carrier is a horse infected with strangles with no outward clinical signs. It’s the number one cause of yard outbreaks! Once the yard is infected, its often difficult to detect which horse was the carrier, but it’s usually the latest arrival.

If your horse is showing no clinical signs of strangles, your yard has no history of strangles, there are no other horses showing any signs of respiratory disease, and your horse hasn't been near any new horses in the last three weeks then you do not need to panic. Isolation would be preferred, but if none of the previous situations apply then it is unlikely your horse has Strangles and should be ok to remain on the yard pending the guttural pouch results.

If you have any questions about a recent strangles blood test, or you're a yard owner considering implementing testing for new liveries please don't hesitate to give us a call on 07747771182 for some advice.