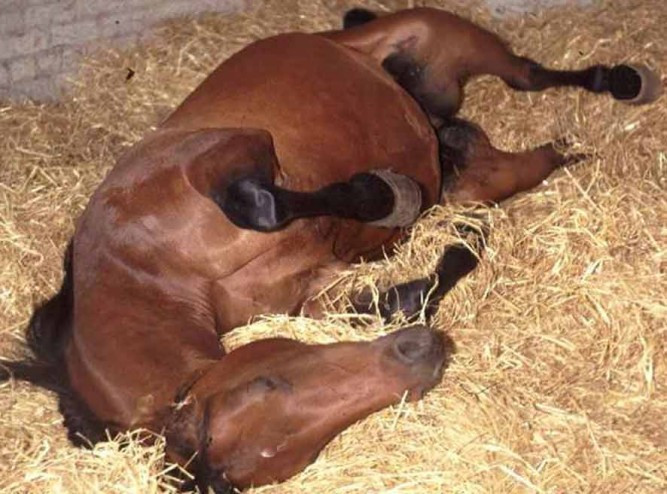 We were having a discussion last week at the practice about colic surgery and it got me thinking. About 1 in 10 cases of colic will require surgery and it can be a very emotional and stressful time if you are in this position so it's really important to understand the facts and have thought about what you might do before you are in this position. Hopefully you will never need to use the information but it's important to be prepared for your horse just in case! Thanks to the university of Nottingham who have produced this helpful article about critical cases:

Not every critical case will show all of these signs and we take all available information into account before deciding whether referral is advisable. In some cases, the need for referral will be obvious, in others the situation will be less clear-cut. However, because delaying referral often leads to a poorer outcome, it is better to refer a horse that turns out not to require surgery than to delay referring one that does.

What happens to critical cases?

The high percentage of horses that were euthanised does not necessarily reflect the percentage that required euthanasia based on the severity of their colic. There may be a number of reasons why referral, surgery or intensive treatment is not an option for a particular horse or owner. It is likely that a higher proportion of horses in this study would have survived if referral to an equine hospital had been an option. However, for horses that are likely to have a very poor outcome (for example, those with acute grass sickness or with incurable or extremely severe colic), euthanasia at the yard is the most humane option.

Data from several large studies show the prognosis for survival (i.e., the chances of survival) and return to work in horses that have surgery or intensive medical care for colic (Figures 3 and 4). It must be remembered that these data represent averages for large populations of horses that had many different types of colic – any individual horse may have a prognosis that is substantially better or worse than the averages shown in Figures 3 and 4. Also, a horse’s chance of survival or return to work may be affected by a range of factors, some of which may not be related to the colic episode (e.g., development of lameness or age-related problems).

Factors that affect the prognosis after surgery The horse’s prognosis (likely outcome) after surgery is influenced by the type of colic and by how ill the horse was when it arrived at the referral hospital. Figure 5 shows factors that are associated with a better outcome. All of these factors are affected by the amount of time that elapses between the onset of signs and referral. Therefore, you may be able to improve the prognosis of a horse with critical colic by being prepared. Note that, in general, the prognosis is not affected by the horse’s age.

Figure 6 shows the incidence of complications after colic surgery (post-operative complications) in a large study of horses treated at Liverpool Vet School. Of these, further bouts of colic were the most frequent, affecting 48% of horses that were discharged from the hospital. However, the risk of this event declined rapidly as time passed following discharge. The risk of post-operative colic was increased in horses that crib-bite or wind-suck, and decreased if the horse was kept at pasture prior to surgery.

The post-operative recovery time varies depending on the surgeon’s preference, the details of the case, and the occurrence of any post-operative complications. On average, you can expect the horse to be ready to restart exercise 3–6 months after hospital discharge if there are no complications (Figure 7).

Anyway I hope you found all this information useful....well done if you got this far! I'd love to hear your thoughts and if anything you've read here has changed your mind about surgery?